My friend M. Taylor Saotame-Westlake wrote a blog post during my parental leave from this blog, in which he disagrees with Scott Alexander’s The Categories Were Made For Man Not Man For The Categories and in true dialectical fashion I am disagreeing with both of them.

No one wants to read two long blog posts about the epistemology of transness before they can read my blog post, so let’s sum up the argument so far. Scott argues that categorizations don’t come from the Big Dictionary Up In The Sky: they’re justified based on usefulness. For example, a whale is not a fish to a biologist, because whales are more closely related to other mammals like humans. But a whale is totally a fish to King Solomon, because King Solomon mostly cares about whether a whale is in the ocean or on land. Neither definition is strictly speaking “wrong”: it just depends on whether you’re talking about evolution or planning a hunting trip.

Scott then extends this argument to apply to trans people. Trans men may not be male in a certain biological sense, because they don’t produce small gametes and usually produce large gametes. However, it makes trans men happy to be called men, so we might as well classify them as men.

Taylor points out that there are totally shenanigans going on here. There are two different senses of the word “useful.” Calling a whale a fish is useful in the sense that it captures a group of creatures that share certain traits in common, such as swimming and typically having an aquatic habitat and being the sort of thing you would use a boat to hunt. Calling a trans man a man is useful in the sense that it makes him happy.

Now, there are several perfectly good definitions of the word “man” which Taylor and I agree on. First, there is the biological definition, a human who produces small gametes. (Since humans are not yet a sequentially hermaphroditic species, we also use “man” to refer to people who produced small gametes in the past or are going to produce small gametes in the future.) This definition is useful for writing scientific papers and speculating about evolutionary history.

Second, “man” can refer to a particular cluster: people who have XY chromosomes, penises, the ability to grow a beard, testosterone-dominant hormone systems, no breasts, no ability to get pregnant, the capacity to impregnate others, etc. This is a cluster: for example, some (cisgender, non-intersex) men have breasts, can’t grow beards, are infertile, or lost their penises during World War I. This definition is useful for a variety of reasons, ranging from predicting who needs prenatal care to deciding who is likely to empathize with the horrors of the female reproductive system.

I’m not going to argue with the claim that trans people are unusual psychologically; it would be silly to do so. However, I note that transgender people are also not particularly similar to their assigned genders at birth. To pick an easily observable example, trans men are vastly overrepresented in gender studies departments, slash fiction writing communities, and lesbian events, while trans women are vastly overrepresented in esports, computer science, and lesbian events. Conversely, as far as I can tell, there has yet to be a single transgender NFL football player, while statistically there ought to be five currently playing.

So by Saotome-Westlake’s argument, any group of women whose interests and personality traits, on average, observably differ from that of women as a whole ought to be classified as not actually women at all.

By extension, lesbians are not women.

Source. Sorry, lesbians, you really should have thought of this before you decided to be so obsessed with the L Word. 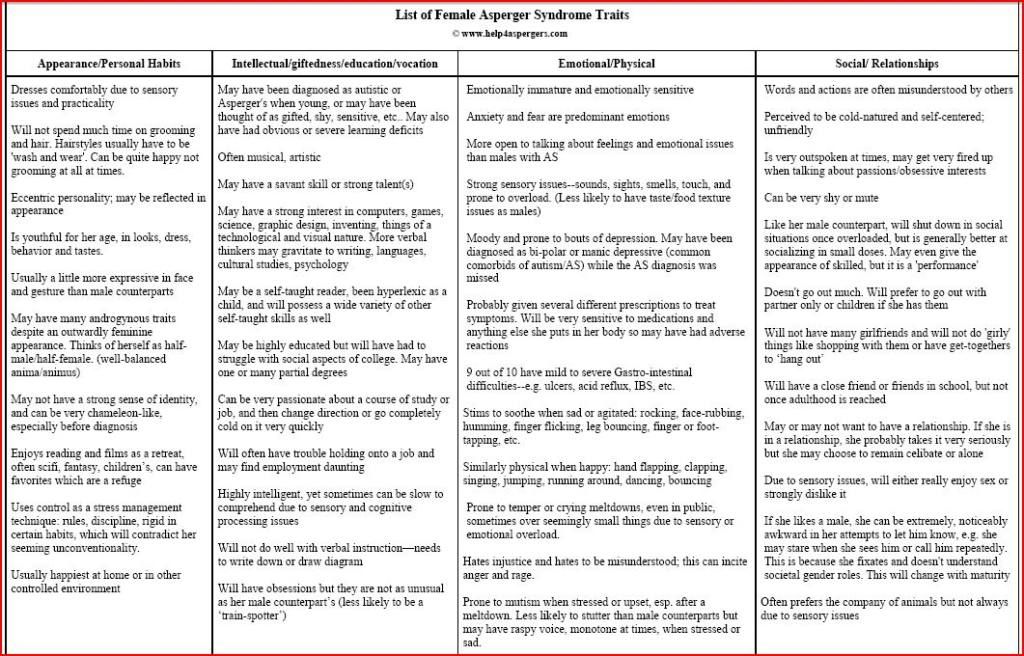 Nor are the problems that Saotame-Westlake identifies best solved through creating this category. In fact, both are solved by allocating new categories:

He quotes a female member of a rationalist community:

There have been “all women” things, like clothing swaps or groups, that then pre-transitioned trans women show up to. And it’s hard, because it’s weird and uncomfortable once three or four participants of twelve are trans women. I think the reality that’s happening is women are having those spaces less—instead doing private things “for friends,” with specific invite lists that are implicitly understood not to include men or trans women. This sucks because then we can’t include women who aren’t already in our social circle, and we all know it but no one wants to say it.

I observe that I have never been invited to any all-female rationalist events.

This is a good thing! On pretty much every conceivable axis, I would be a terrible person to invite to your all-female event. I am attracted to women, so there wouldn’t be the comfort of knowing no one here is sexually attracted to anyone else. I don’t know anything about fashion or makeup. I find many female social bonding rituals somewhere between offensive and incomprehensible. I would be very irritated at being invited.

“That’s not fair, Ozy,” you might say, “you’re transgender, they wouldn’t invite you!”

So consider my friend theunitofcaring, who has graciously agreed to be a cis female example of a person you should not invite to your female-only event.

Once again, she is attracted to women. She does not care about most stereotypically female interests. She finds many social bonding rituals somewhere between offensive and incomprehensible. She has a personality that is different from the stereotypical woman on many axes, and for this reason finds women-only spaces unwelcoming and unpleasant. And, yes, she would be very irritated at being invited.

She has also never received an invite to any of these events!

So far, the organizers are 2/2 in terms of never inviting people they shouldn’t invite. This is a pretty good track record and they should be proud of it. However, if they replaced it with a cis-woman-only system, or a people-who-produce-large-gametes-only system, or whatever, they would invite me or theunitofcaring. The best-case scenario is that we would be irritated and not go. The worst case scenario is that we would be confused what sort of event you were running, show up with the intent to swap clothes, and ruin your event.

You might argue that there are not that many cisgender female outliers. Well, let’s assume for the sake of argument that all psychological differences between men and women are correlated into a general factor of Psychological Femaleness. If the Cohen’s d effect size is 1 (commonly glossed as “large”), a full 24% of women will have less psychological femaleness than the average man, which means that 98.67% of your problem is a cisgender female problem.

[NOTE: Upon request, the second quote has been removed. If you are interested in reading what I am replying to, please go here and control-F “another (cis) female friend of the blog.” I have also been informed that the person who provided this quote does not identify as a cis woman.]

I do not understand the relationship between this and psychological gender differences. It seems quite obvious that the relevant category here is “people who look like the vast majority of street harassers” versus “people who do not look like the vast majority of street harassers.” The former group uncontroversially includes some trans women (closeted trans women) and some trans men (Buck Angel) and has nothing to do with psychology anyway. No matter how female-typical a trans man’s psychology is, if he has muscles like Chris Hemsworth and a beard like a lumberjack, he belongs in the men’s room.

Similarly, early-transition trans women can be placed into the former category. In our culture, it is generally very stigmatized for men to wear dresses, skirts, makeup, and other signifiers of womanhood. In particular, catcallers and sexist harassers essentially never do: if you’re a catcaller or a sexist harasser, it is probably because you are invested in a particular style of masculinity that is completely incompatible with wearing a skirt. Therefore, allowing all dress-wearing people to use the women’s bathroom has minimal risk of allowing catcallers in. In the event that men wearing dresses and makeup is completely destigmatized to the point that even sexist assholes do so, I am happy to reexamine this statement.

In fact, because of the usefulness of female clothing as a signifier of transness, there is far more danger to norms from early-transition trans men and some butch and gender-non-conforming cis women using the women’s bathroom. If followed to its logical conclusion, this argument suggests that some cis women should be using the men’s room. If strangers regularly refer to you as “sir’, then you may resemble a street harasser or a catcaller far more closely than the average early-transition trans woman, and according to the premises of this argument should use the men’s room. It’s true that cis women in the men’s room might be harassed, no matter their gender presentation, but trans women in the men’s room might be harassed too.

This is not, of course, what I believe. While public bathrooms as refuge from harassment is an important purpose, more important is the primary purpose of public bathrooms, that is, a place to pee. Every person should have the ability to use the bathroom in public. Many trans people and some cis people (both assigned male at birth and assigned female at birth) are not read consistently as male or as female. People who harass and assault other people are far more likely to use the men’s room than the women’s room– that is the point of this entire discussion. If the choices are (a) never pee in public at all, (b) pee in a place where you run a moderate chance of being harassed or assaulted, or (c) slightly erode the norm that people who resemble sexual harassers should not use the women’s bathroom, I think (c) is the only ethical choice.

Finally, I would like to discuss the category I think we should allocate that would make all the discussion of transness much clearer.

Think about money. What do Bitcoin, gold, the little pieces of paper you get from the US government, and cigarettes in a prison have in common? What is the thing that makes all four of those things– all seemingly very different– money?

Social gender is useful for prediction. Here are some things you can predict about a person based on their social gender:

And so on and so forth.

Similarly, “you’re a woman if you identify as a woman!” is not a definition of womanhood. It is a criterion for who should be a woman. It states that our social genders should be fully consensual: that is, if a person says “I would like to be put in the ‘woman’ category now,” you do that. Right now, this criterion is not broadly applied: a trans person’s social gender generally depends on their presentation, their secondary sexual characteristics, and how much the cis people around them are paying attention. But perhaps it would improve things if it were.

Since it is not, properly speaking, a definition, the decision of who should be socially gendered male or female, and how many social genders we should have is not an epistemic decision. This decision can and should be made on purely utilitarian grounds.

87 thoughts on “Man Should Allocate Some More Categories”